The exhibition shows the history and present of Tamil culture. Over 80 million people in India, Sri Lanka and other parts of the world identify themselves as Tamils: They share the same language, Tamil, which originated in southern India. The exhibition seeks to bring their history and stories to life in a variety of ways, as different people share their narratives about Tamil cultures and identities. Tamil social movements, performing and visual arts, aspects of everyday culture and religious diversity are presented from different perspectives. The exhibition features archaeological objects from the Caṅkam period, a selection of bronzes from the time of the Cōḻa dynasty (9th-13th centuries), as well as works by artists of the Madras Art Movement from the second half of the 20th century. With the cross-caste Bhakti mysticism of the Middle Ages, the “Dravidian Movement” of the 20th century or the struggle of the Liberation Tigers of Tamil Eelam for an independent Tamil state in Sri Lanka, which lasted until 2009, social aspects of cultural history are also illuminated.

Love and War, akam and puṟam

The Tamil language is a language of poetry. It has been spoken for over 3,000 years and conveys the culture and values of the Tamil people. Poets have always been held in high esteem and considered moral authorities. They joined together in so-called Caṅkams and created literature that is influental today and unites the speakers of Tamil beyond states, castes and religions. This early poetry in particular knew two main genres of artistic expression: akam and puṟam. Akam means the internal, the personal, that which is about love; puṟam, on the other hand, is the external, the public, that which is about war. These two sides are present throughout the exhibition – in the stories told as well as in the exhibits on display. Tiṇai also appear again and again, referencing “inner landscapes” and emotions associated with them in poetry, art, and pop culture with images from the landscapes of southern India.

The exhibition also allows visitors to experience the great religious diversity that exists in southern India. In addition to elegant statues from Cōḻa temples, a village shrine to the god Aiyanar, and the construction of colorful Kolu figures, historically significant objects from the heyday of Buddhism and Jainism are also on display. Muslim and Christian culture were also present in the south of India at an early stage and had a weighty influence on Tamil culture and art. For example, the Sufi order, established by Muslim traders, was very popular because of its intensive exchange with Hindu spirituality. Shrines over the graves of famous Sufis, known as dargahs, developed into transreligious pilgrimage sites for Hindus, Muslims and Christians.

The exhibition is curated by Dr. Georg Noack (Linden-Museum Stuttgart) and Dr. M. D. Muthukumaraswamy (National Folklore Support Centre Chennai). In addition, we have invited partners from different parts of the world to contribute their views on aspects of Tamil culture, art, history and religions. In different modules – poetry, social movements, art, popular culture, religion and everyday life – Of Love and War thus creates a dense description from diverse positions and perspectives. We also owe many of the objects shown in the exhibition to worldwide collaborations. In addition to exhibits from our collection, we are able to show you loans from the Museum Rietberg Zurich, the Musée National des Arts Asiatiques Guimet in Paris, the Museum für Asiatische Kunst Berlin and the Danish National Museum in Copenhagen. Also included in the exhibition are ancient inscriptions, manuscripts and prints from the Leiden University Library, the Rojah Mutthiah Research Library Chennai, the archive of the Francke Foundations Halle and the Württemberg State Library Stuttgart.

The opening of the 12th Berlin Biennale takes place on Friday, June 10, 2022. All exhibition venues will be open from 7 to 10 pm, admission is free.

On the occasion of the 12th Berlin Biennale for Contemporary Art, titled Still Present!, artists from around the globe engage with the legacies of modernity and the resulting state of planetary emergency. In addition to their works, the exhibition features historical documents, including political and activist publications from the Archiv der Avantgarden – Egidio Marzona (AdA). The contributions reveal connections between colonialism, fascism, and imperialism, and propose decolonial strategies for the future, oriented around a set of questions: How can a decolonial ecology be shaped? What role can non-Western feminist movements play in the reappropriation of historical narratives? How can the debate on restitution be reinvented beyond the return of plundered goods? Can the field of emotion be reclaimed through art? 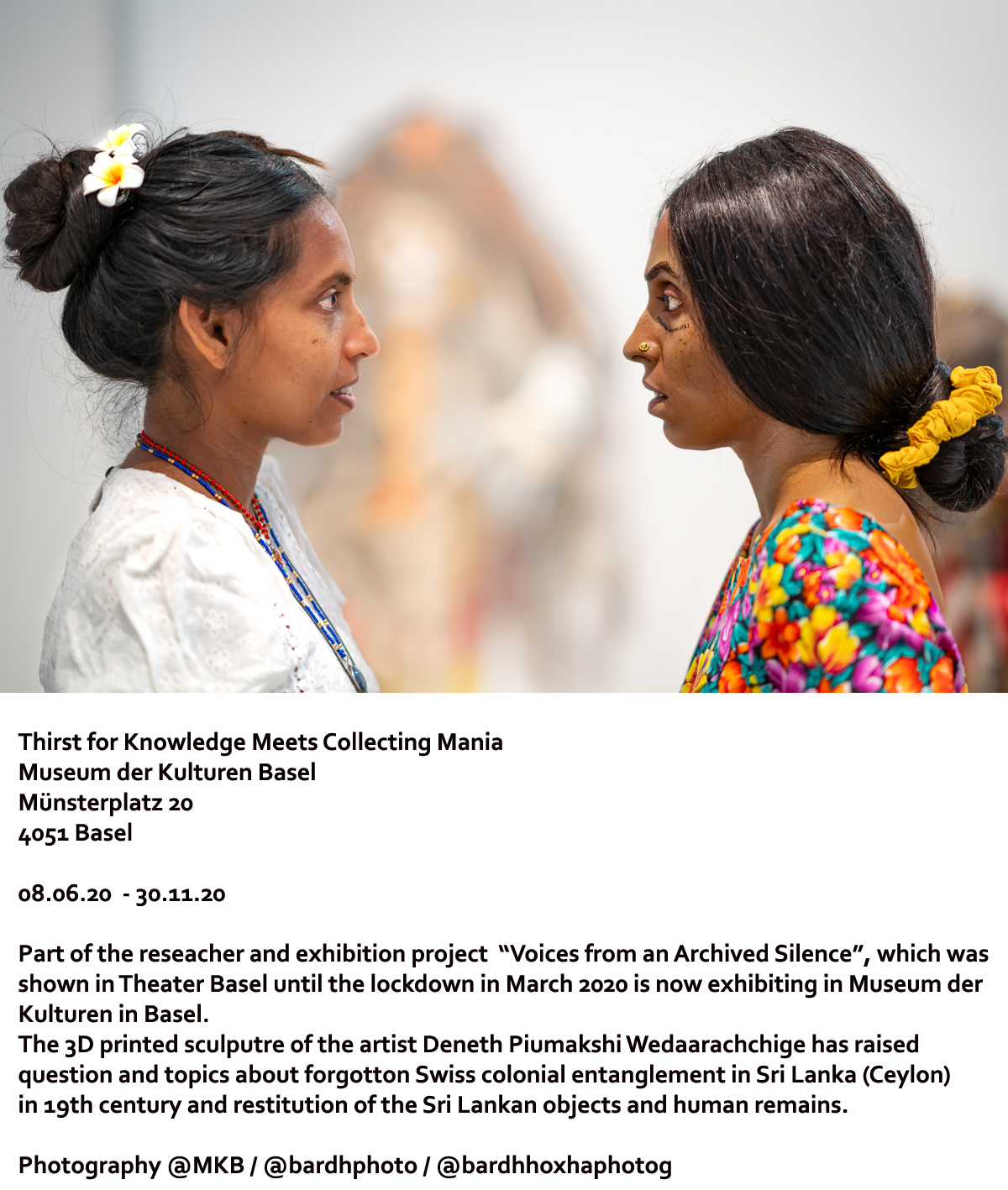 Textile is our second skin
It represents who we are
It divides who we are
It judges who we are
It expresses emotions one feels
It takes a message across the continents
It tell the stories of those voiceless
It weave us together
It tears us apart
It fades away.. 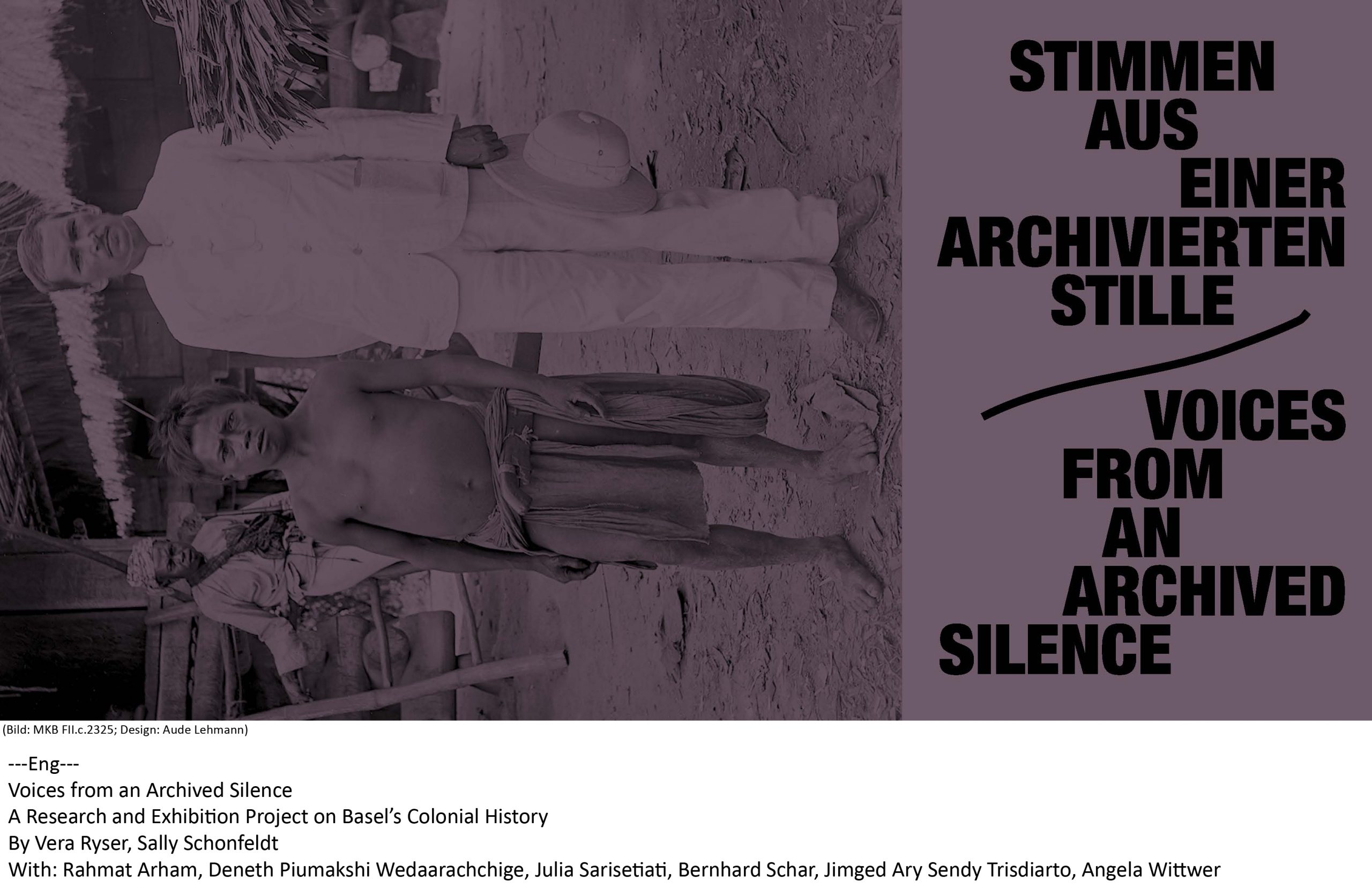